Classification of M&A deals based on the nature of restructuring:

With the onset of insolvency and bankruptcy code, the protection framework for the financial creditors and the operational creditors of a business has entered into a new paradigm.

This has a very big adverse effect on the the shareholders of the insolvent companies.

The negative impact of the IBC code on genuine businesses can be captured in the following way:

1. A private limited company or for that matter any body corporate is a highly illiquid asset and it takes a lot of time to raise money by selling a fraction of it.

2. The declaration of insolvency results in the loss of the remaining wealth in the company even for a genuine businessperson.

3. In its original version, the IBC code permitted the existing members or shareholders of a company to participate in turnaround process by submission of a resolution plan. However, when this channel was misused by some for a backdoor entry to get rid of loads of self-incurred debt, the participation of the incumbent shareholders has been totally prevented through an amendment.

4. The code completely fails to understand the difference between solvency and bankruptcy. Why a businessman not be able to pay on the time that was promised in the contract, it need not necessarily mean that the business doesn’t have sufficient wealth to make a payment. The code fails to understand that the wealth of a business cannot be taken as the current value of inoperative assets but the potential of the company to generate sufficient returns on investment. It gives an opportunity to a new to bidder to get rid of the substantial liability of the lenders, but it denies the same opportunity to the incumbent management.

5. The IBC code denies authority to undertake M&A activities to the incumbent management. A strategic investor may find it more useful to respectfully involve the incumbent promoters and to exploit the synergies. But, this is not possible.

Liquidation of a company results in loss of huge economic value and brings grief in the personal lives of shareholders, promoters, directors, guarantors, employees, suppliers, operational creditors, their dependents, etc. Hence, it is important that, before the creditors approach the National Company Law Tribunal (NCLT), the promoters themselves should undertake restructuring exercise in-house. These exercises are also called compromises, arrangements, schemes, etc.

Following are the types of strategic restructuring exercises:

In this, the company changes its management, board of directors and their ways of functioning. There may be restructuring of the group of the companies, mergers or divisions. The legal form of the company might be changed. The constitutional documents also might be changed. Various shareholder groups may nominate their directors in a certain proportion, allocate responsibilities to them, decide the mechanism of evaluation of their performance, etc.

In this exercise, the company changes its business model, in terms of how it generates revenue. This can be achieved by changing the products or the role in value chain or the terms and conditions of sale.

A contract between two business entities captures the scope of work, risks taken by the parties, their rights and obligations. A company can change the key contracts with the business stakeholders aur it can enter into new variety of contracts keeping the physical operational setup same.

In this exercise, the company changes its capital structure, substitutes the high cost, high commitment, high risk components of capital with suitable alternatives. It made convert one type of capital instrument into another. It may change the rate of return on any instrument downward. It may extend the tenure of the loans creating more liquidity. It may refinance its loan by transferring them to other banks. It may raise additional capital to overcome critical times. All of these initiatives can avoid a default and subsequent loss of control or liquidation.

There is another perspective of restructuring of companies. Original promoters are forbidden from taking part in restructuring process through submission of evolution plan, it provides a good opportunity for the cash rich corporate raiders to acquire these companies. The insolvency proposed professionals are mandated to first see to that all attempts are made to sell the company as a Going entity and exercise the option of liquidation as the last record. Strategic investors can look at it as a good opportunity to acquire companies by submitting a competitive resolution plan with the help of expert consultants.

Apohan is aware that there are around 7000 companies under CIRP and more are on the way. Apohan helps the financially distressed companies in the early stages to overcome the problems through restructuring. Apohan carries out professional, end-to-end, customized consultancy services in this domain. Apohan also helps the companies that want to acquire the companies under CRPC true or competitive acceptable resolution plan. Apohan manages the transaction right from the problem identification phase, to the closure of deal with perfection. 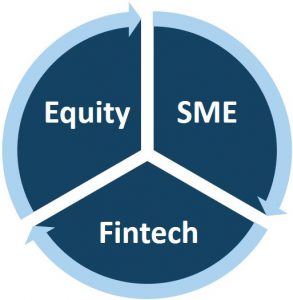